Content created for the Bezzy community and sponsored by our partners. Learn More 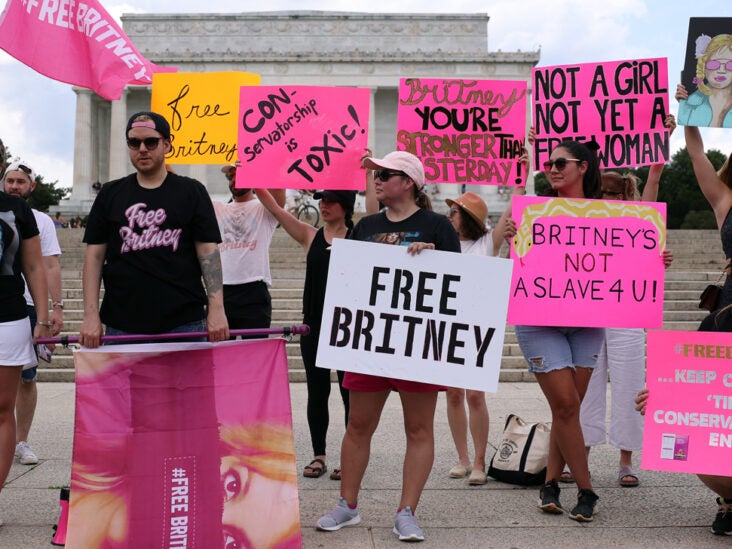 Britney Spears. You’d have to be living under a rock — no, under a rock on another planet, actually — to not at least recognize the name.

If you ever slow-danced to K-Ci & JoJo, wore an abundance of Tommy Hilfiger, shopped at dELiA*s and Wet Seal, or doused yourself in Victoria’s Secret Love Spell perfume, you likely came of age with the perky blonde pop star.

I know I watched her on the Mickey Mouse Club and MTV’s Total Request Live right when I was newly diagnosed with my own lifelong medical condition. She captivated me and countless others.

In fact, Spears has shaped the landscape of pop culture with every slick dance move, iconic music video, multi-million dollar concert tour, and sassy-yet-down-home “clap-back” to reporters. That is, when she was still allowed to speak or sing on a hot mic.

Nowadays, we rarely hear her famous Valley Girl/Southern drawl/baby voice hybrid. We rarely hear from her at all, save for the occasional eccentric Instagram video.

That all changed in late June when she finally got to speak in court at an unsealed hearing after years of being all but silenced.

During the hearing, Spears detailed how, throughout the duration of her conservatorship, she had been silenced, isolated, medicated, exploited, and emotionally manipulated and abused.

She likened her situation to sex trafficking — and it’s being taken nearly just as seriously, with shows of support from various bipartisan members of Congress and the American Civil Liberties Union (ACLU), among others.

You see, Britney Spears has been fighting a legal battle for about 13 years now. Many people have heard of her conservatorship in theory, without really knowing what it is and what it means.

In short, Spears has, for all practical intents and purposes, been stripped of personhood under the law. Every single decision in her life is allegedly made for her. She says she can’t remarry or remove an IUD, so she can have another baby. She has no control over her $59 million fortune.

She has reportedly been forced to work when she asked for a break, given medications she didn’t want, and been forced into mental health treatment facilities against her will.

The strangest part, to me, is that no one has denied this happening. In fact, many celebrities are now speaking up and speaking out about behaviors they’ve seen through the years.

Spears is being mistreated — and all because of a mental health crisis in 2007.

What started as a fringe conspiracy theory, the #FreeBritney movement aims to allow Spears more autonomy in her life.

Perhaps inadvertently, its has gained traction for other reasons, too. It’s a women’s rights issue. It sheds light on the toxic entertainment industry. It’s relevant in the era of the Time’s Up and #MeToo movements. 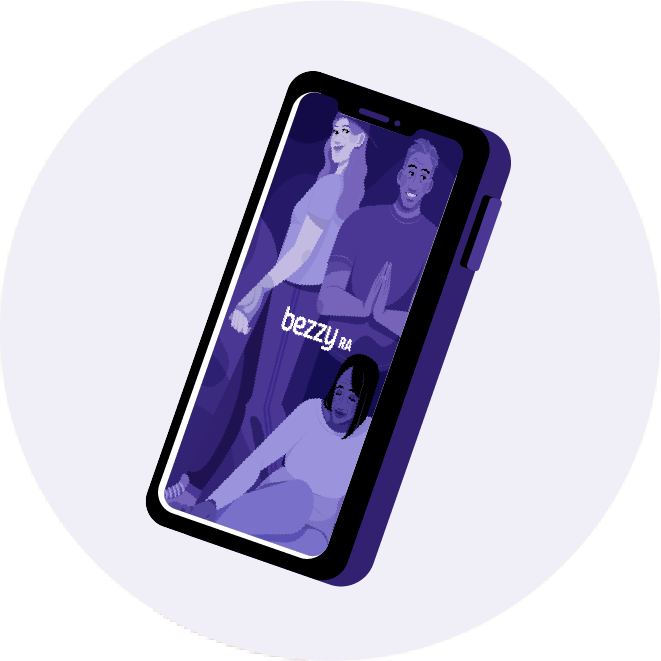 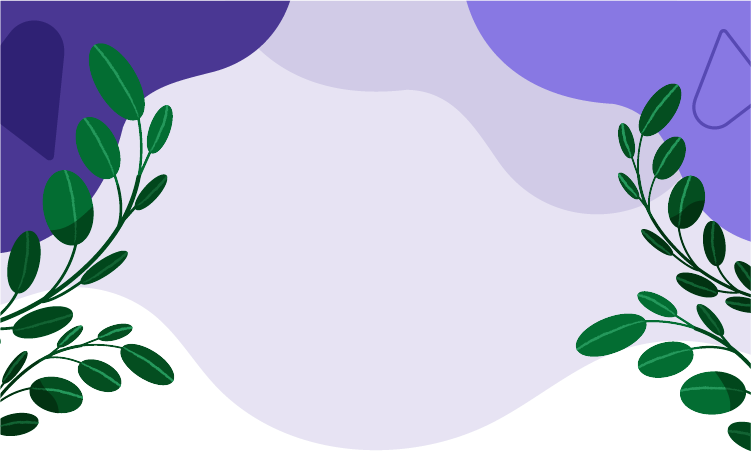 #FreeBritney is a disability rights issue

As someone living with rheumatoid arthritis and other chronic conditions, for me, the most interesting “hot take” regarding the #FreeBritney movement is viewing it as a disability rights issue.

Many of you reading this will picture Spears with a shaved head, attacking a paparazzo with an umbrella.

“If Britney made it through 2007, you can make it through today,” the ableist memes mocked, with no regard for the fact that she was being stalked like human prey and going through a messy and devastating divorce, all after having two kids back-to-back.

She has talked about experiences with anxiety, something I think anyone in her situation would face.

But what did we, as a society, collectively do?

Instead of offering up support to the starlet-turned-young-mom who was clearly having a mental health crisis, we laughed at her pain, found amusement in her breakdown, and put no stop to the endless attacks by the media and others in her industry.

In early 2008, Britney was put in two separate 5150 involuntary psychiatric holds, which are put in place when someone is deemed to be a danger to themselves and others.

Instead of offering up support to the starlet-turned-young-mom who was clearly having a mental health crisis, we laughed at her pain.

Yet, as consumers and fans, we watched as Spears was tearfully taken away in an ambulance, cameras in her face every step of the way.

Advertisement
Ad revenue keeps our community free for you

A conservatorship, also called a guardianship, can be absolutely necessary for individuals living with certain medical conditions or disabilities. Typically, they’re reserved for severely disabled folks, including older adults with dementia.

According to Disability Rights California, conservatorships should only be used when there’s no other less restrictive option, such as power of attorney, a guardian, or court authorization of medical treatment. They should also be time-limited and reviewed regularly.

The organization stresses that: “Conservators should always act in concert with the conservatee’s wishes and needs. This means the conservator’s decisions should reflect, as closely as possible, the expressed or inferred preferences and choices of the conservatee.”

Under the right circumstances — when conservatorships aren’t being taken advantage of or exploited — this type of situation can be hugely beneficial to help a person’s finances and life stay intact. When executed properly and for reasons that don’t blur those moral-ethical-legal lines, conservatorships can save both livelihoods and lives.

Spears’ case is complicated. If she’s unwell enough to truly need the conservatorship, she shouldn’t be forced to work, as she says she has been.

If she’s well enough to work and remember complicated choreography and earn hundreds of millions of dollars, maybe she doesn’t need to have a complete lack of control in her life.

No one is saying that Spears wouldn’t benefit from a solid team of support around her: a business manager, a financial advisor, medical doctors, a therapist, a life coach, a trainer, an attorney, a publicist. That all makes sense.

But does living with mental health diagnoses mean that she should also lose her right to choose her own medical treatment? To marry? To have custody of her children? To work when and how she wants to? To control her reproductive rights?

Keeping her in this conservatorship reeks of ableism.

Does a mental health diagnosis or crisis — or other type of health problem or disability — mean that a woman should lose control not just over her career, but over her body, too?

Britney’s actual diagnosis is sealed. Reports state that she has lived with anxiety and postpartum depression. Bipolar disorder is commonly cited, too. It’s none of our business, but provides important context.

Even if these things — or something else altogether — are true, does that mean she shouldn’t still get to live a full, thriving, productive life?

Does a mental health diagnosis or crisis — or other type of health problem or disability — mean that a woman should lose control not just over her career, but over her body, too?

To me, this sends the (untrue) message that a person with a mental health concern or a chronic medical condition is not fit to be a parent, to be gainfully employed, to make medical decisions, to be a wife, and so on.

It sends the message that if someone has a mental health crisis, that we can mock them, force them to work, limit their contact with the outside world, control how they communicate and with whom, and exploit them. That we can take over their lives, leaving them with fewer rights than a prisoner.

This should concern us.

Some of this is my opinion only, but the fact is that Spears is quite obviously capable of, well, functioning.

She says she came up with and taught the choreography for her Vegas residency, which brought in more than $100 million in ticket sales.

She’s had several hit songs since being conserved — not to mention $1 billion in perfume sales. Meanwhile, her guardians make money off all her hard work.

Can’t we just give her a break? No more mocking, no more cruel memes, no more coffee mugs with cute sayings about shaving our heads.

Britney Spears may or may not live with a mental health problem or other physical/mental/emotional concern. She admits to needing therapy, despite preferring to “take it to God.”

Having a medical concern (mental or otherwise) does not make us or Spears or anyone else “less than.”

Yet those people normally don’t lose access to their driver’s licenses, children, and bank accounts.

They don’t have their freedom and autonomy taken from them.

They aren’t part of a questionable system that’s ripe for corruption and conflict of interest. They aren’t a pawn in a game or a “cash cow” to keep quiet.

Their fortunes and life’s work aren’t being siphoned on their own backs, while everyone around them benefits except them.

They are people — we are people — with full, thriving lives. We matter and we’re valued, and having a medical concern (mental or otherwise) doesn’t make us or Spears or anyone else “less than.”

We’re worth the pursuit of life, liberty, and happiness just like anyone else. Unfortunately, though, there are people out there who will prey on not only young women, but also on people living with any number of disabilities.

Whether or not Spears lives with a mental illness isn’t exactly the issue. The issue is that her civil liberties and human rights are potentially being violated.

People say she looks “crazy” on social media, as though social media ever paints a true portrait of any of us. They act like her occasional goofy post or rambling caption justifies the legal hell she’s been stuck in for well over a decade — all because of an illness, a breakdown, a snapshot in time.

Spoiler alert: Even if Spears lives with a mental-emotional disability, none of that’s justified. Freedom isn’t something that should only be afforded to the healthy and sound of mind.

Britney Spears has been entertaining us for over 20 years. I ask: Isn’t it time we #FreeBritney and give her her life back?

Ashley Boynes-Shuck is an author, advocate, and health coach based in Pittsburgh, PA. Despite living with RA for 25 years, and having other medical conditions too, Ashley has spoken to Congress, published three books, and even been tweeted by Oprah. She works for a tech startup, is a pet mom to three dogs, and enjoys birdwatching, concerts, playing instruments, and travel. In her free time she writes poetry and goes hiking with her American Ninja Warrior/schoolteacher husband Mike. Find her on her website, LinkedIn, or Instagram.